View our Burma Dive Sites Map to see where our Burma scuba diving liveaboard visits in Burma’s Mergui Archipelago. All itineraries are subject to change depending on weather and sea conditions. 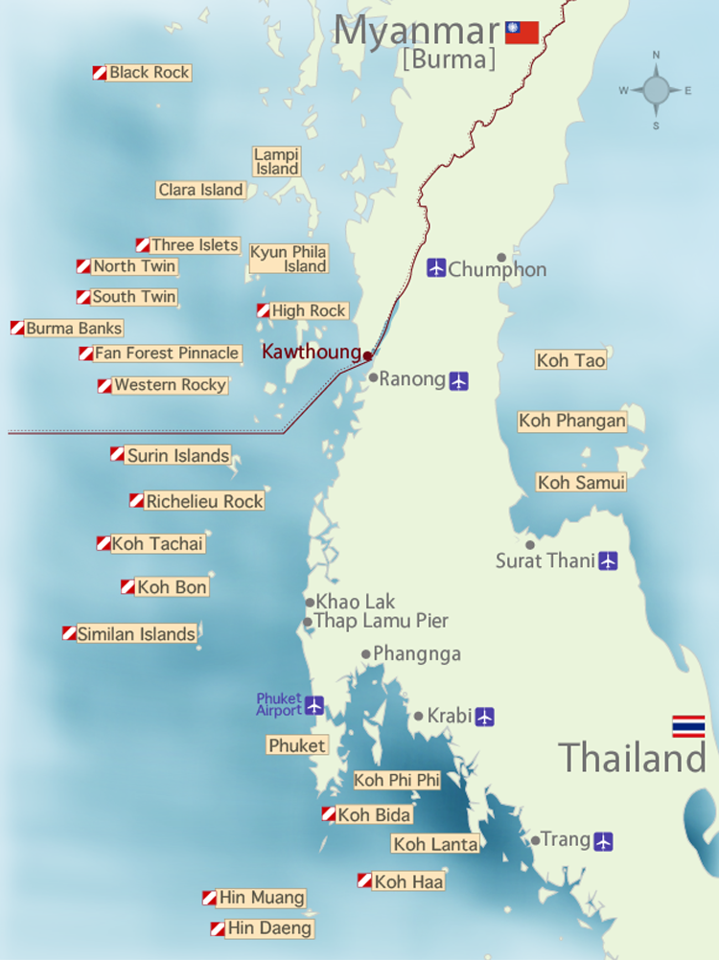